Every year on the nearest Sunday to March 17th Irish Network Japan hold a St Patrick's Day parade down Omotesando, a main shopping street in Tokyo, home to all the glitzy designer label shops like Gucci, Chanel and Armani. For one Sunday a year though traffic stops and things look a little different. 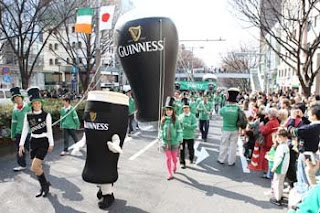 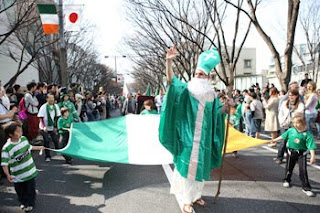 It always seems to be just after the Wales vs. Ireland Six Nations games. In 2008, when Wales beat Ireland for the Grand Slam the game finished around 4am here so after a few (more) celebratory ales I pretty much went straight there and was almost part of the parade. Same in 2009 when there was an Irish Grand Slam to help celebrate but yesterday was a sadly different story and I've only just got up... looks like I'll have to drown my sorrows later in O'Carolan's instead 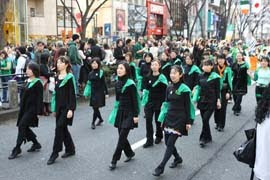 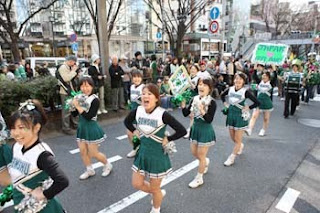 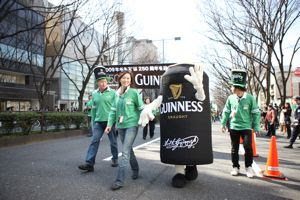