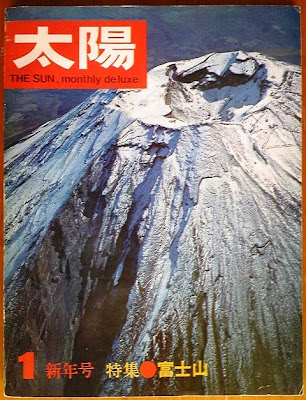 Before I moved up here 5 years ago I always stayed in the same hotel in Shinjuku and got to know another regular who was a photographer. My Japanese was about the same level as his English - terrible - but over a few beers we somehow managed to communicate.

When I checked out of the hotel for the last time before moving in to my own place, the front desk said they had a package for me. It was a gift from Suzuki-san, a really old original copy of a now defunct magazine called Taiyo (The Sun) which he'd mentioned he'd worked for.
It was sort of a Japanese National Geographic and was first published in 1895 with a few breaks in between. The articles had great photography and the ads were even better, but it was a while before I realised the significance of this particular issue. It was from January 1967, the month I was born, which he'd asked me about a year earlier. 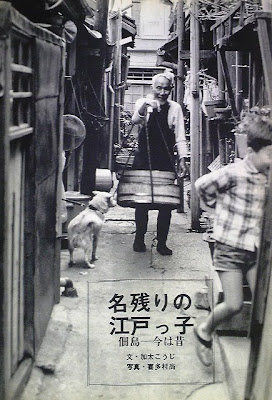 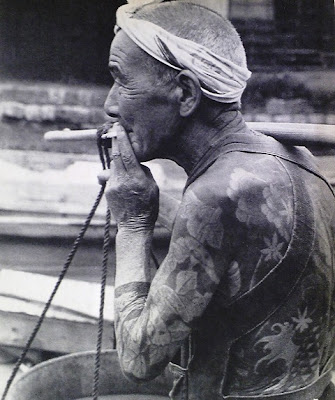 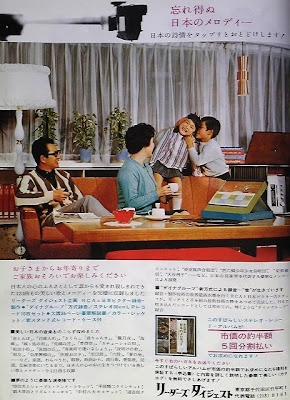 43 years ago, this Pana Color TV was twice the price of an average flat-screen today. Note the ultra-modern glass coffe table. 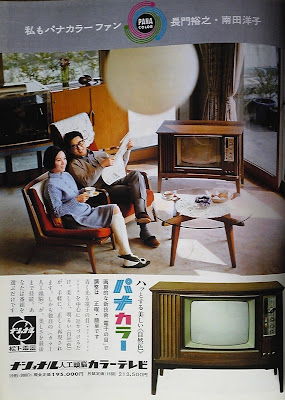 Houses with instant hot water had almost as much fun as ones that read Reader's Digest. 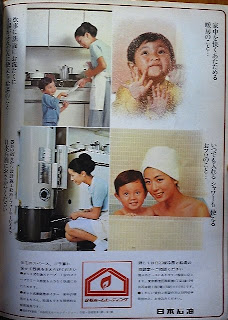 Another TV ad, this time a minimalist approach for a black-and-white from General. 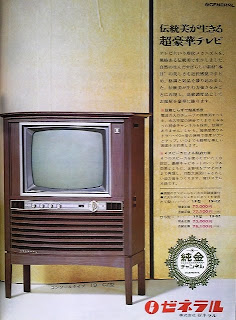 at 14:41
Email ThisBlogThis!Share to TwitterShare to FacebookShare to Pinterest
Labels: Taiyou 太陽