I first saw the Onbashira festival about 25 years ago on one of those "Crazy World of TV" shows. It happens once every six years near Suwa in Nagano and I managed to get up there in 2004. It's on again this weekend but sadly I can't make it so here's some pics from last time. 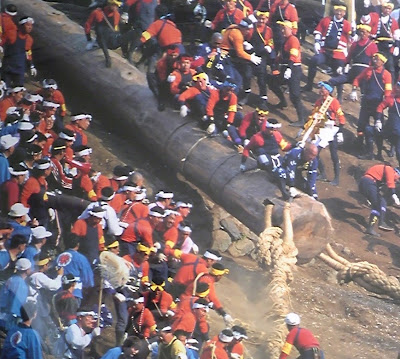 The festival is based around replacing the four holy pillars at the Suwa Grand Shrine. The wood for the pillars comes from a divine forest several miles away the other side of town so every six years they choose the best trees, tie huge ropes to them and drag them to the shrine where they'll stand for six years before being replaced again. The catch is that on the way to the shrine there's a very steep hill, so with great ceremony the chosen few get to ride them down. A real badge of honour for those who get to do it.

Some low quality screenshots from my home video of some slightly crazy, pretty brave and very proud men... 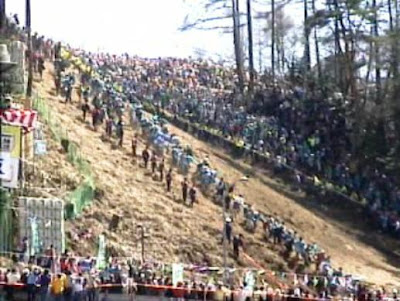 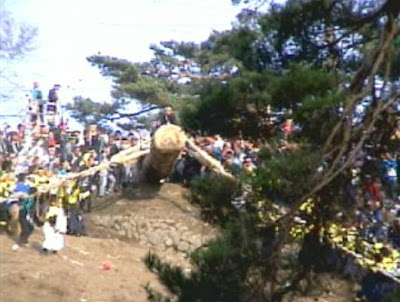 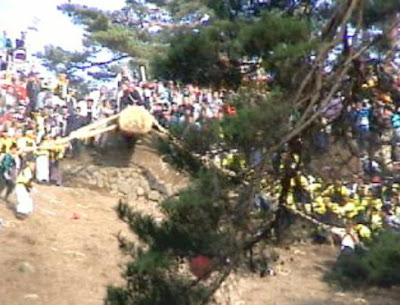 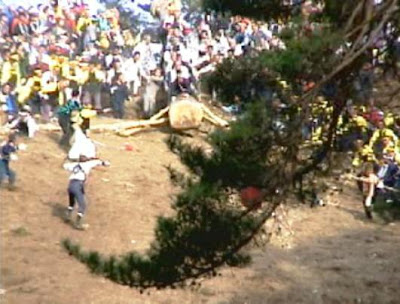 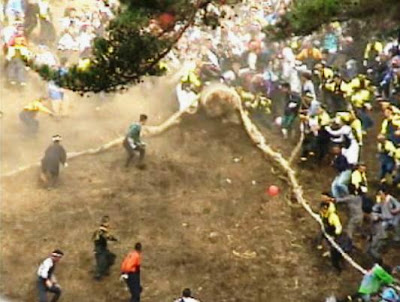 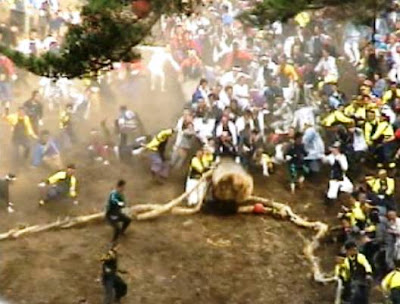 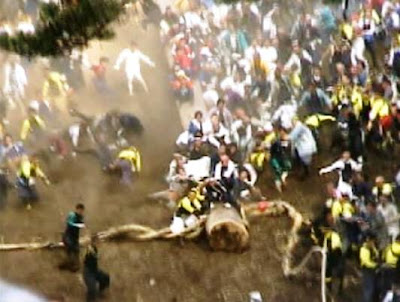 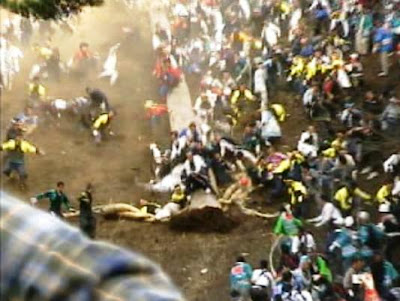 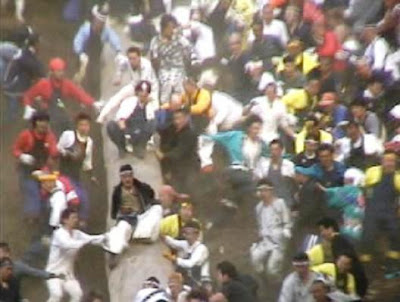 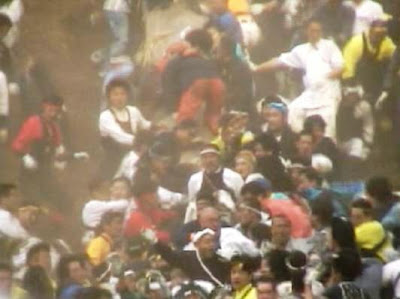 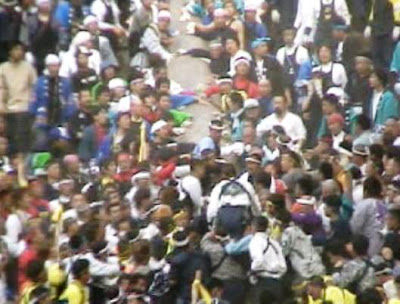 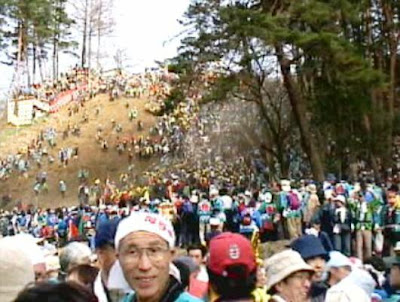 Maybe not a big surprise that people have been seriously injured and even killed during this festival but in 2004 everything went smoothly. The log-riding is in April, then in May they have the second stage where they cross a freezing river before finally erecting them at the shrine.

As a bonus, I got to meet the Tokyo Shock Boys (Dengeki Network) who were there making a program for National Geographic Channel. I asked Nambu-san, the one with the shaved head and pink tufts, if they were going to ride and they just shook their heads saying it was too dangerous. If it's too dangerous for these boys, then hats off to the guys who pull it off. 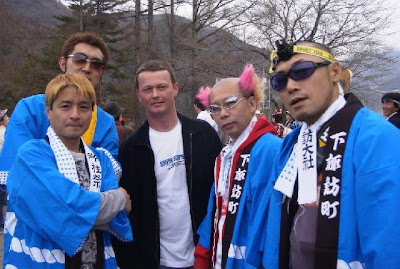