Summer's coming and Tokyo's under orders to cut down electricity consumption to avoid the rolling blackouts of last March .

Last week they shut down Hamaoka nuclear power station 200 kms SW of Tokyo. A good thing for sure, but power's going to be scarce. The Hamaoka plant is the same vintage as Fukushima, sits right on the coast and is where the next "Tokai earthquake" is expected by some to hit sometime in the next 30 years or sooner. Too late to ask why they built it there in the first place, but good on them for shutting the bloody thing down. 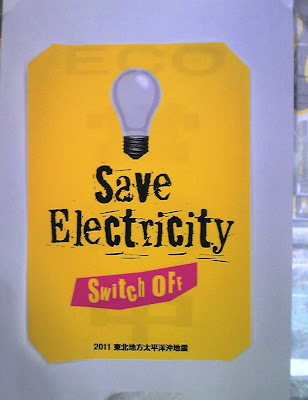 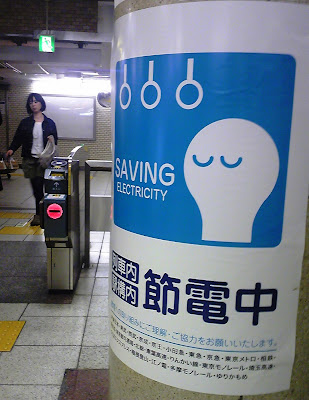 Two posters from a bar and a subway station. Different demographic, same message.
at 22:53
Email ThisBlogThis!Share to TwitterShare to FacebookShare to Pinterest
Labels: Earthquake, Tokyo, Tsunami