Some pics from Miyazaki last month:

Not a bad first wave 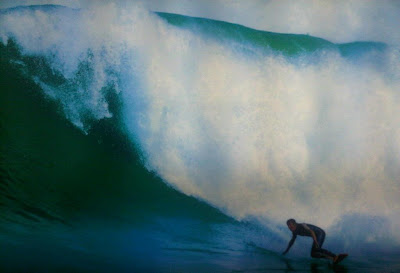 Shame it was at the airport 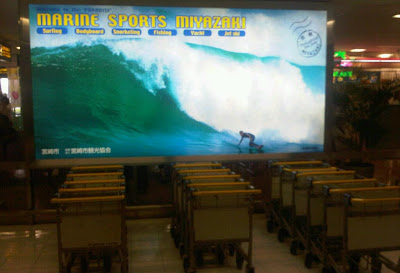 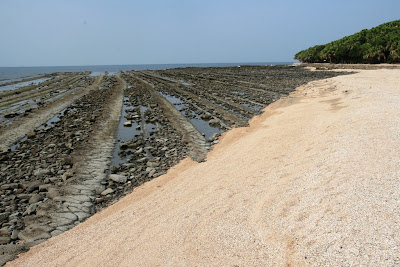 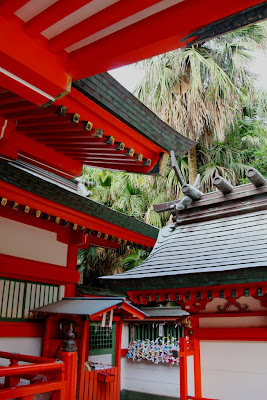 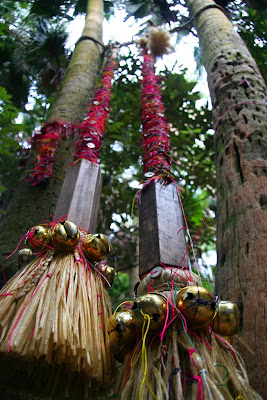 Curren's Point in the distance. Flat as a kipper's tit. 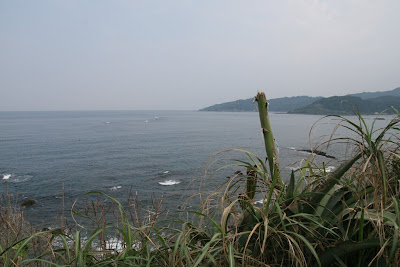 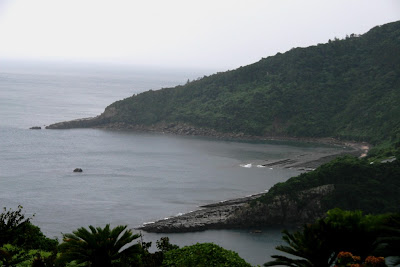 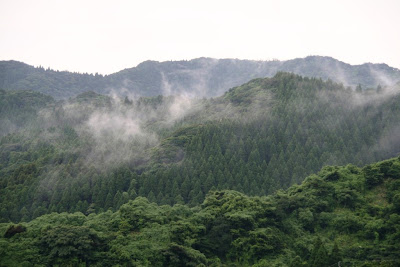 The Rivermouth, first night. Never quite did it... this time. 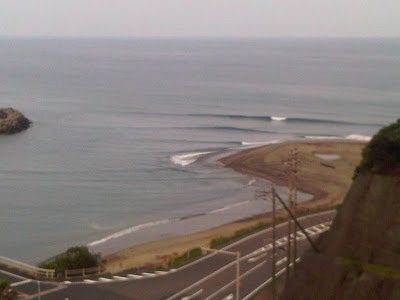 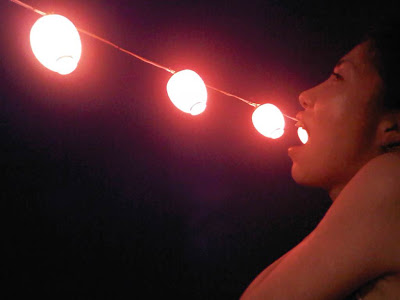 The Rivermouth again, just before the first sunrise 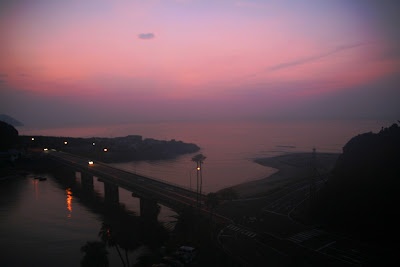 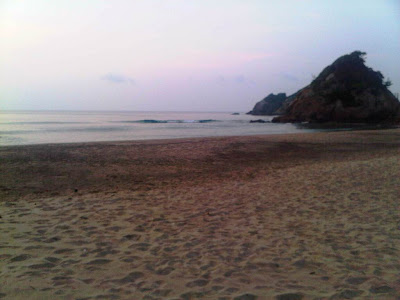 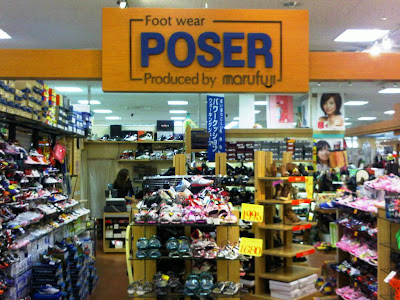 Loads of monkeys down there (watch your wax) but these were the only ones I was quick enough to get a photo of. 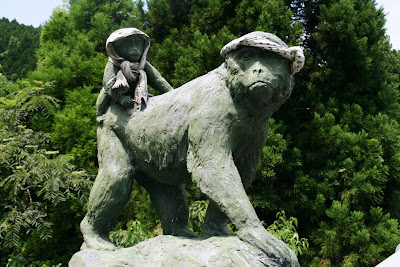 A win for the marketing men who decided to name this shochu, "Mumblings Of An Old Man". I bought it just for the name, but it was bloody lovely. 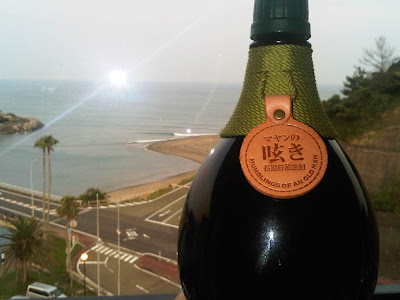 A freebie from the owner of the izakaya we went to every night, Sakichi-san. He said these were turtle-feet, and I was relieved to find they weren't actually feet of a turtle. Some sort of shell-fish. 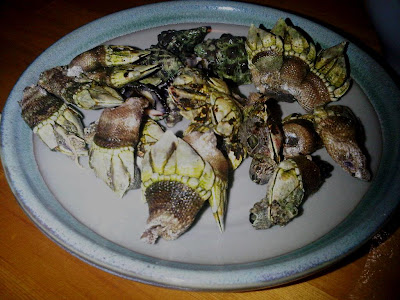 The man himself, Sakichi-san, who apparently I loved like a brother at the time... Jack Sparrow to his mates. 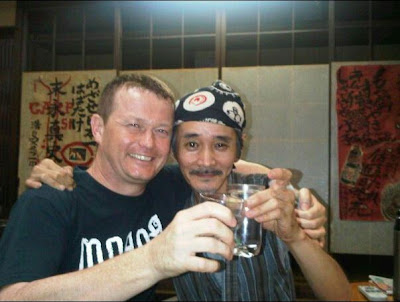 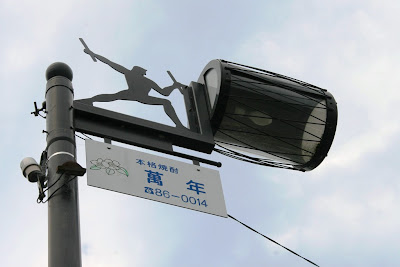 Family run for over a hundred years, the Watanabes were happy to show us round their small but quality distillery on a Sunday morning. Watanabe-san's grandfather started this place over a hundred years ago and now he runs it with his wife, son and nephew. Beautiful stuff and much cheaper down here. 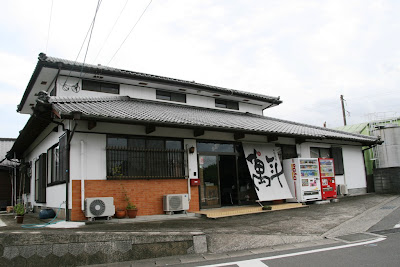 The other end of the price scale is Mori Izou from a small village in Kagoshima. Each bottle here is worth up to 40,000 yen or $500 in Tokyo but I'd been told you could get it cheap around here. There was no-one around but peering through the window of these unlocked double-doors you could see loads of pallets loaded with full crates of freshly bottled nectar. Each create held 12 bottles and were packed 4x3x3 on every pallet.  So each crate was worth $6,000, and each 36-crate pallet was worth $216,000 and I could see more than 10 of them! Over two million bucks! If this had been the UK, I wouldn't have been able to get past security. Here though, I had to open the double-doors and call out for someone to come and see what was going on. 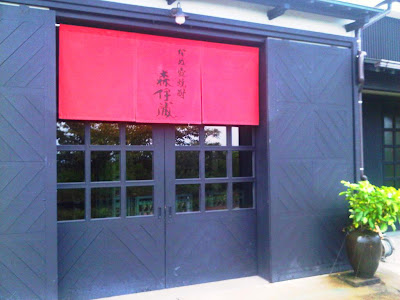 The guy turned up eventually and said although they only did tours if you won an exteremely well subscribed lottery, they did have a shop he could show us. Behind the counter was a bottle of finest Moriizou in a wooden presentation case, lovingly crafted and selling for only 1,275 yen or about $15. I coudn't believe it and ripped open my wallet wondering how many crates I could fit in the rent-a-car. He saw my excitement and quickly pointed out that they didn't actually sell any of the booze from the shop, in fact you couldn't get it anywhere in town, the 1,275 yen was just for the wooden display box! 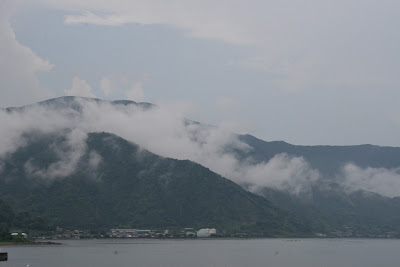 Back in town at the shochu dungeon. 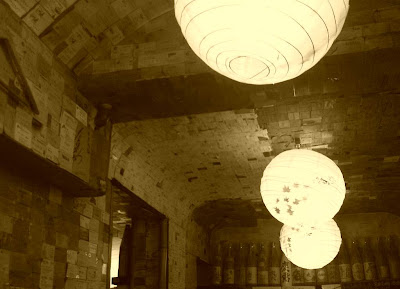 these two were having so much fun. 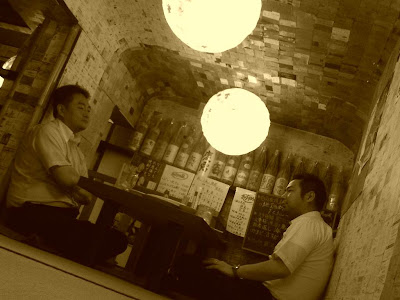 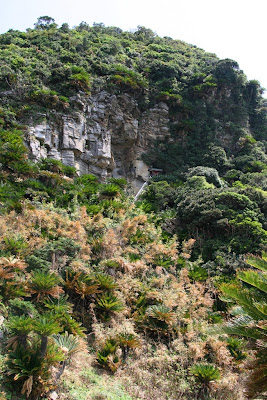 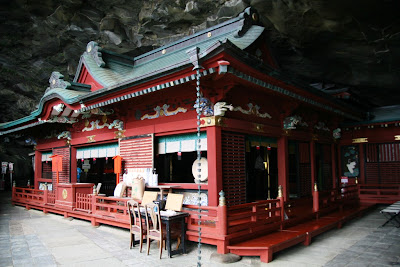 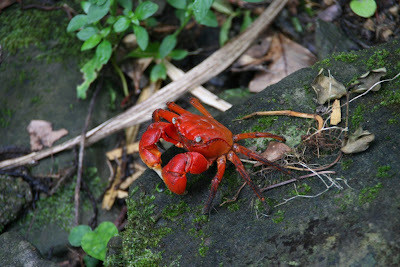 I think I can feel a Tom Jones tune coming on...
Is that normal?
Well, it's not  unusual. 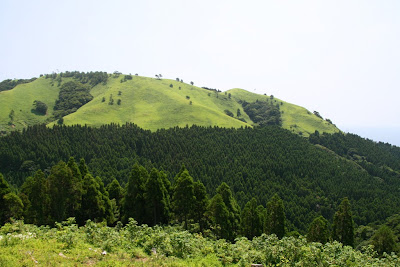 These wild horses on Cape Toi at the very South of Miyzaki are apparently national treasures. 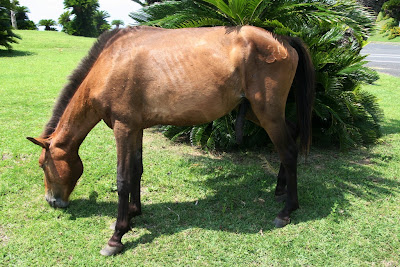 Well, they've never had any complaints.
at 01:23
Email ThisBlogThis!Share to TwitterShare to FacebookShare to Pinterest
Labels: Miyazaki, Shochu, Surf