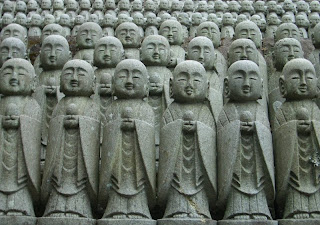 In Japanese mythology, the souls of children who die before their parents are unable to cross the mythical Sanzu River on their way to the afterlife because they have not had the chance to accumulate enough good deeds and because they have made the parents suffer. Jizō saves these souls from having to pile stones eternally on the bank of the river as penance, by hiding them from demons in his robe. 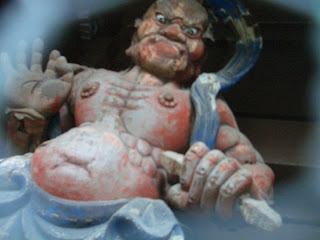 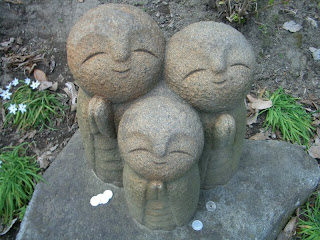 Nice one!
We came across this character at the Hachimangu shrine. He was feeding the carp when this little girl seemed to have spotted something hanging round his neck. 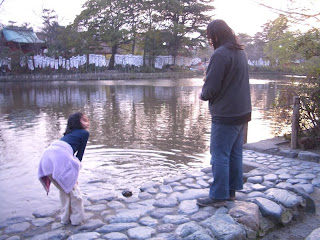 Some sort of cage. 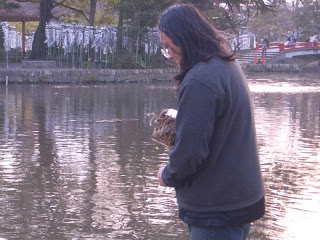 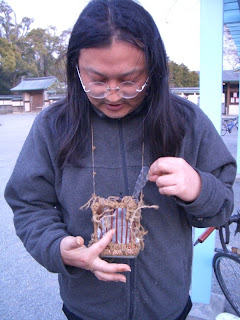 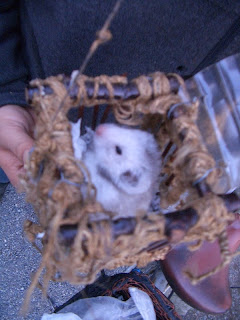 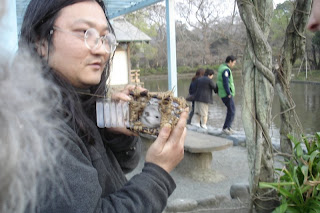 Yup, his pet hamster.
at 11:51
Email ThisBlogThis!Share to TwitterShare to FacebookShare to Pinterest
Labels: Kamakura Jizo